Marmolada, the Queen of the Dolomites

UNESCO World Heritage Site Marmolada, also known as the Queen of the Dolomites, with its 3,343 meters high ranks among the 10 highest peaks in Italy.
Thanks to its characteristics, it is possible to imagine it as a magnificent natural terrace with breathtaking views over the entire Dolomite landscape.
This is a reason why you can’t miss it out on the list of things to see during your trip around the Dolomites.

It rises right on the boundary between Trentino and Veneto regions connected by the Pordoi Pass (between Canazei and Arabba) and the Fedaia Pass (between Alba di Canazei and Agordino).
It offers a boundless landscape, enriched by the largest glacier in the Dolomites. Until a few years ago, the glacier allowed skiing also during the summer.

Marmolada is formed by grey limestone and not by dolomite, like most of the Dolomites. It is primarily a place of adventure for the most prepared and courageous mountaineers and hikers. The main via ferrata is to reach Punta Penìa, the highest peak. Here you will be welcomed by a nice man who lives for most of the year in the refuge Capanna Punta Penìa, at literally a step away from the clouds.

If you are interested in its history and its way of life in such an incredible and unusual scenario, I leave you the direct link to the book that he recently wrote ↠ La Sentinella Delle Dolomiti

From the glacier born the river Avisio that crosses Val di Fassa, Val di Fiemme and Val di Cembra, until entering into Adige river after about 90 km.

HOW TO REACH IT:

During the summer it is easily accessible thanks to the lifts that depart from Malga Ciapèla (1450 m) passing through the intermediate stations of:
– Coston d’Antermoja (2350 m).
– Serauta (2950 m), home of the highest museum in Europe. It narrates and collects the memory of the many soldiers who died during the First World War between 1915 and 1917 fought right here among the rocks.
– Punta Rocca (3265 m) the final station right in front of Punta Penìa. From here you can visit the terrace with magnificent 360 degree views of the Dolomites and take a walk on the glacier covered with soft snow. The photos you will take here will be wonderful, I can assure you !!

Ticket price for the three lifts: €33 per person.

Another way to reach it, is from Fedaia Pass. You need to take the basket lift towords Pian Dei Fiacconi, from where you continue through the path number 606 that reaches Forcella Marmolada. Then, via a difficult via ferrata you reach the refuge Capanna Penìa.

ATTENTION!! Never underestimate the difficulty of the trails. If you are not experts always organize the excursion together with a mountain guide or opt for a simpler route.

In winter skiers can enjoy one of the most panoramic ski areas in the Dolomites! There are also snow-covered areas for cross-country skiing and snowboarding.

The slopes can always be reached by cable car departing from Malga Ciapèla, while the connection to the Arabba area allows access to other slopes and to the famous Sellaronda route.

Marmolada is linked to a sad legend, the one of the old lady of the glacier.
It is said that the river Avisio is the cry of an old lady buried under the eternal snow. This old woman, the day dedicated to the Madonna della Nevi God, challenged the tradition and sheltered the hay from the storm that was coming. The rain soon turned into snow and the old woman was imprisoned forever in her cabin submerged by meters and meters of snow, crying all day for what she had done.

I hope you enjoyed the article and the photos! For any kind of doubt or curiosity do not hesitate to ask!

Keep following me on Instagram and TikTok for daily contents! 🎈 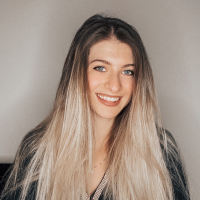 A walk through Obidos, Portugal

Over the limits, Dolomites | Italy

Summer in the Mountains: 10 Must Have